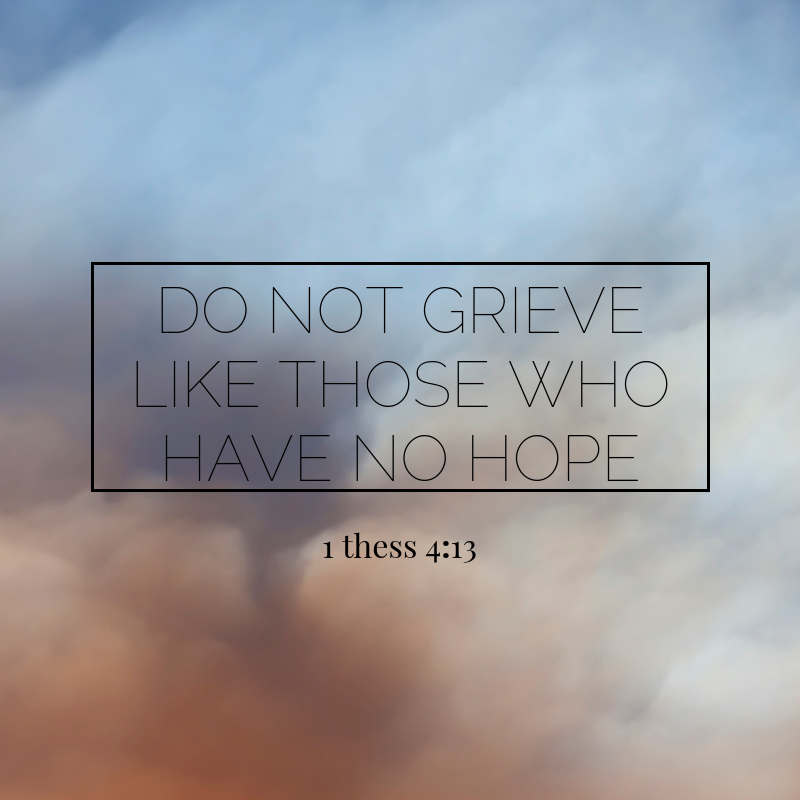 Like many Americans,  I shed a few tears watching the events surrounding the death of the 41st president of the United States.  George H.W. Bush was an extraordinary man whose life was a gift— to our country; to his large, loving family; to countless strangers; and to his many friends. Tributes to his life, since his death, have been filled with respect, humor, love, adoration, and cherished memories of a life well-lived.

I stayed up until the wee hours of the morning – South Korea time — to witness the state funeral at the Washington National Cathedral.  It was incredibly moving —every speech, every song, every word.  Watching the raw emotion of those who knew him and loved him was both heartwarming and heartbreaking.

And when it was over, I texted a friend:

It was such a beautiful ceremony, but I was a mess.  And when Michael W. Smith came out and sang that song, “Good grief!”  I exclaimed — adding two teary-eyed emojis for emphasis.

As my text whooshed away to the other side of the world, my final words gave me pause.

What an interesting turn of phrase.  An oxymoron, if ever there was one.

Grief is rarely seen as good. It is painful, crushing, and often unbearable.  So, is it possible to find the good in the midst of it?

As I stared at those two words, I thought of an excerpt from an article I had read on a friend’s Insta feed.  It was about former secretary of state James A Baker’s visit with President Bush on the morning of his passing.

“Where are we going, Bake?” he asked.

Baker said of his longtime friend’s last moments on earth:  “It was as gentle a passing as I think you could ever expect anyone to have.

And he was ready.”

George H.W  Bush believed in life eternal.  He believed in heaven and joyful sweet reunions beyond this earthly realm.

So, although there’s a gravesite in College Station, Texas, — he’s not there.

Family and friends spoke of the quiet faith which defined 41’s life and his afterlife.  In his eulogy George W. Bush said of his father:

“To his very last days, Dad’s life was instructive. As he aged, he taught us how to grow old with dignity, humor, and kindness – and, when the Good Lord finally called, how to meet Him with courage and with joy in the promise of what lies ahead.”

Belief does not diminish your pain, but it tempers your sorrow.  Hope is a salve to a crushed spirit and a broken heart.  And faith gives eternal perspective to unbearable loss, and whispers through our sobs that gone is not goodbye.

That’s the Good in the midst of grief—and only faith can do that.

“Where are we going, Bake?”

That’s really the ultimate question  – for a president, a pauper, a king, or a commoner.  And knowing the answer, with unshakable confidence, makes all the difference —in life and in death.

I have known crushing grief.   I’ve heaved painful sobs for lost loved ones, and felt the oppressive void left by the absence of precious family and friends.  I have watched disease steal health and memories from my Dad, and cancer shatter families and destroy the futures of far too many friends.  I have cried out to God for understanding–when suicides left unanswered questions and mangled the hearts of those left behind…when sweet moms endured the unfathomable task of burying their babies…and when military families stood solemnly beside flag-draped coffins.

The world isn’t watching and lamenting my grief – nor yours, no doubt.  But, it is every bit as real, and raw, and painful.  And the losses are no less significant.

Grief spares no one.  But the Good News is that through his love, God spares all who trust in Him.

That is the hope to which I cling.  The same hope of a fallen president, the family who miss him, and to believers everywhere.

Faith overcomes death — that is the blessed, triumphant Good in our grief.

Comfort one another with these words.