Last week, I joined a group of military spouses for a tour of Cheongnamdae — the former holiday home for six previous Korean presidents.  The compound is now open to the public for tours, and we had a spectacular day stomping around the beautiful villa and grounds.  The property consists of a main building, gold course, heliport, fish farm, a beautiful lake, trails, an observatory, and a wide variety of trees and wildflowers. 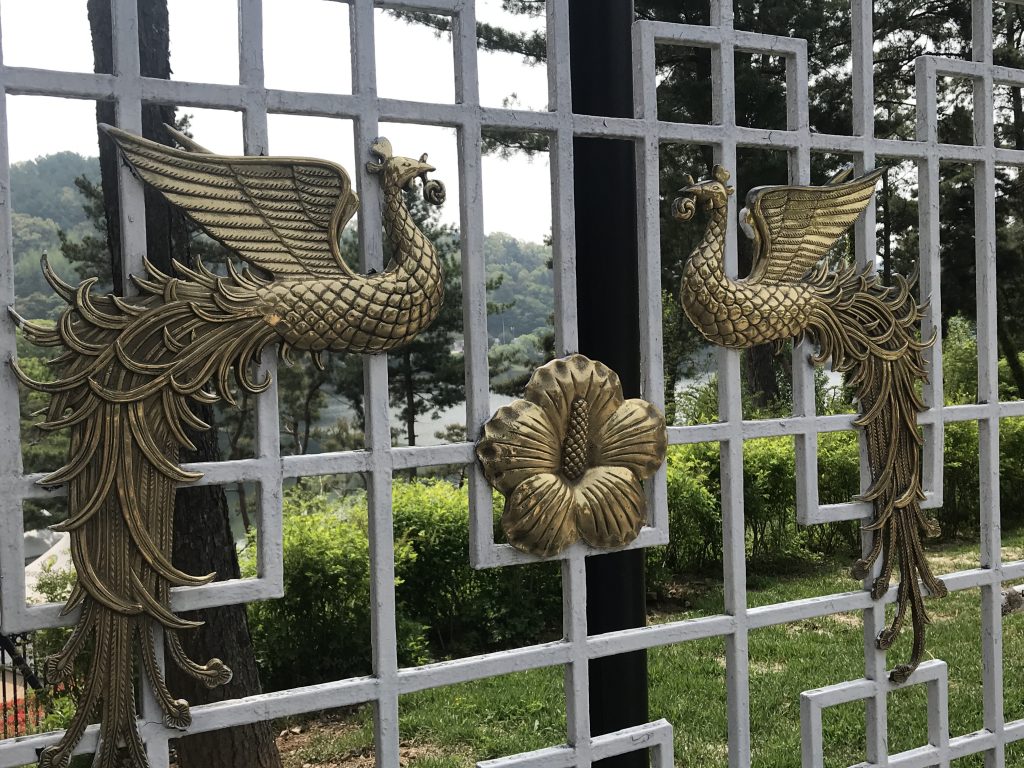 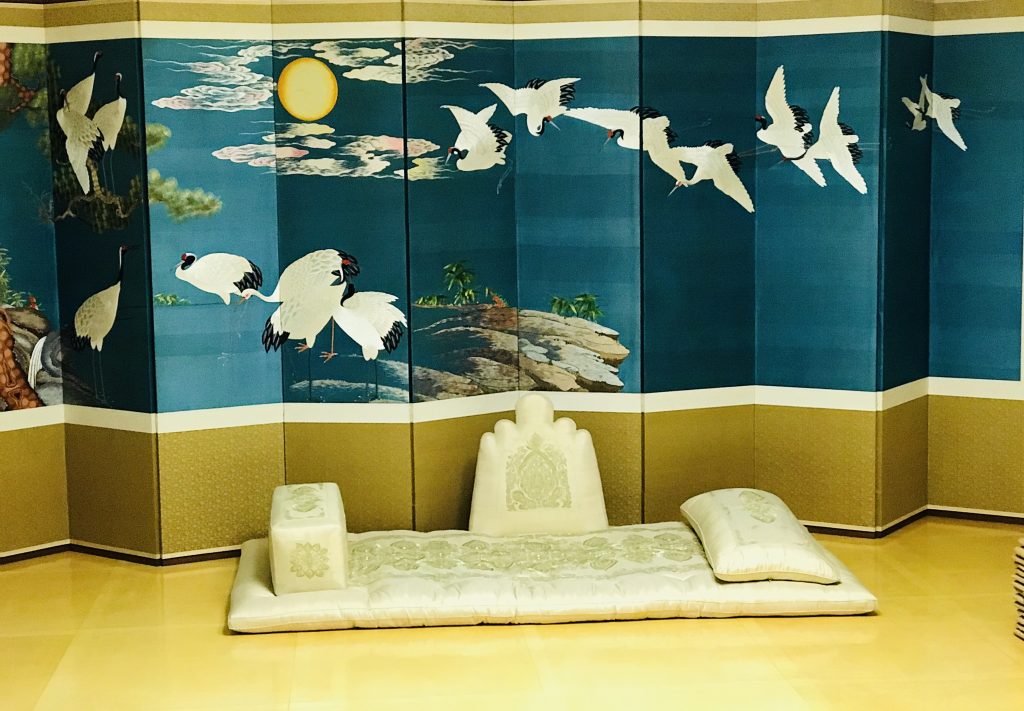 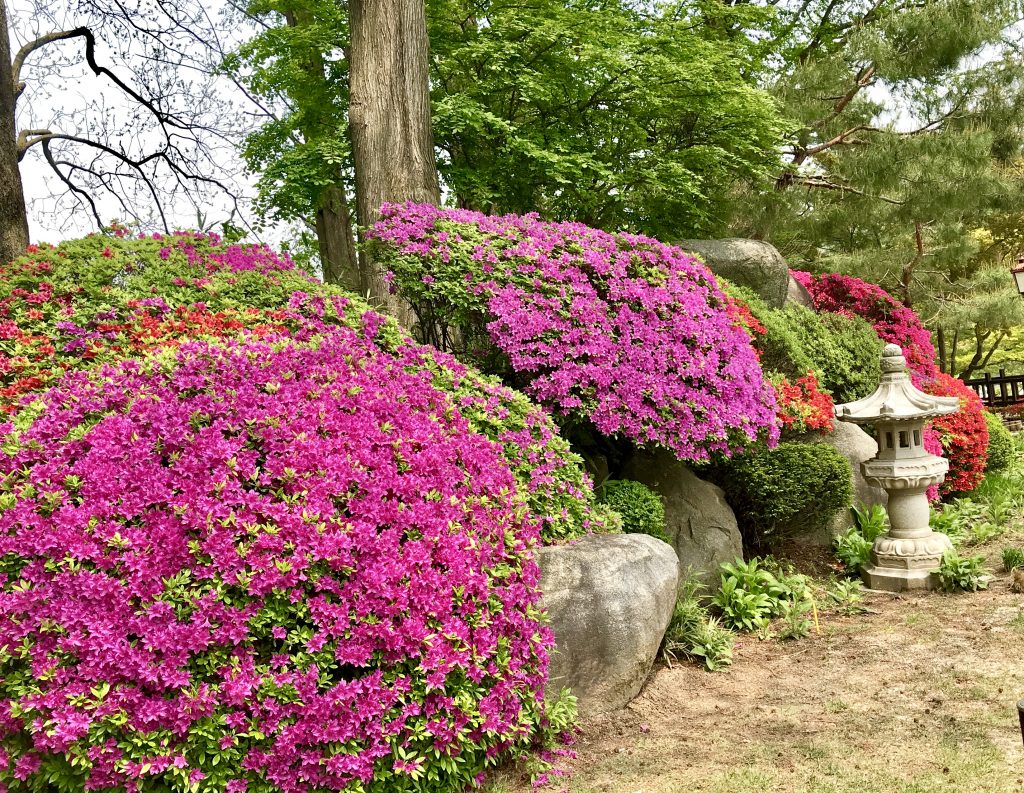 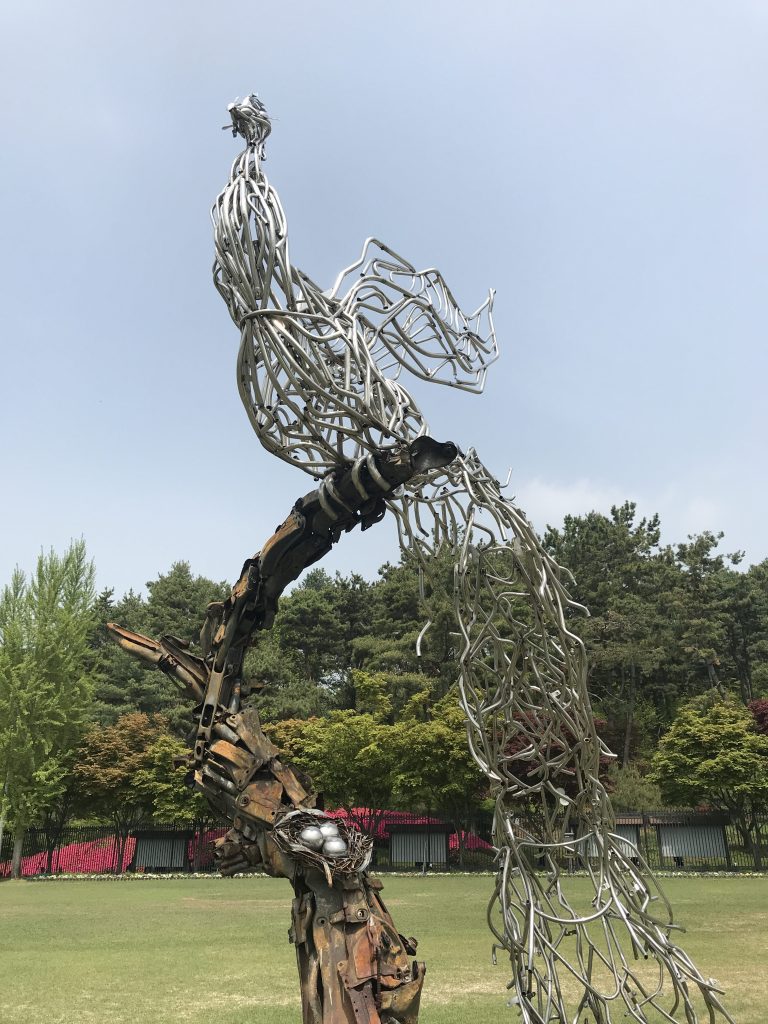 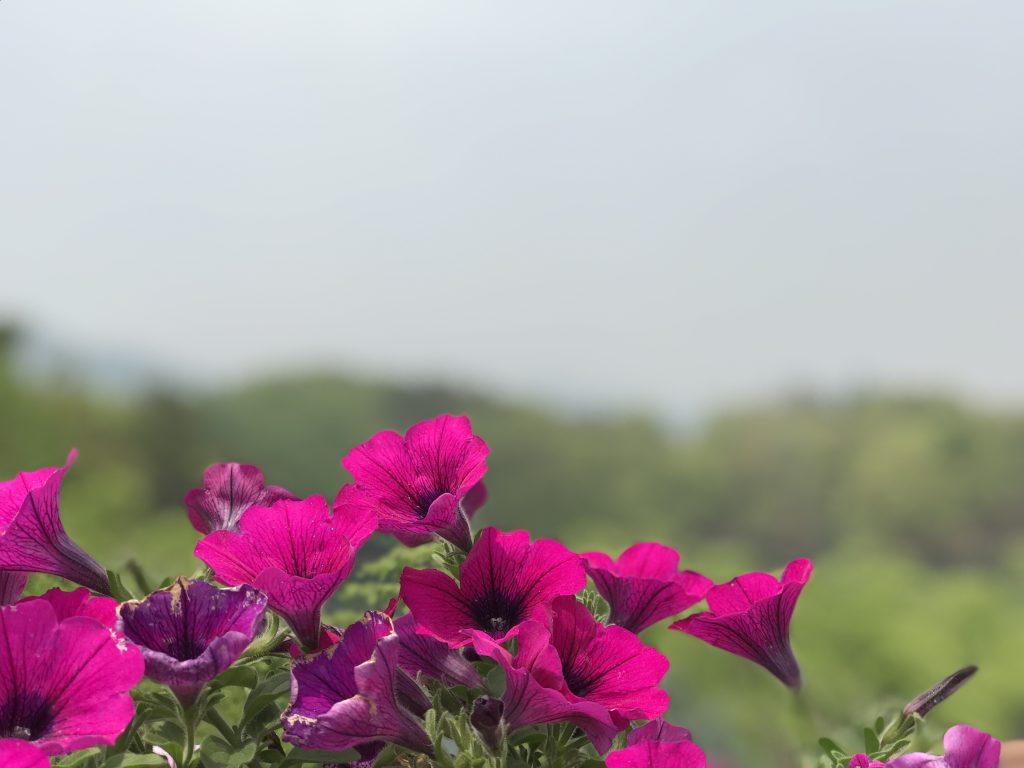 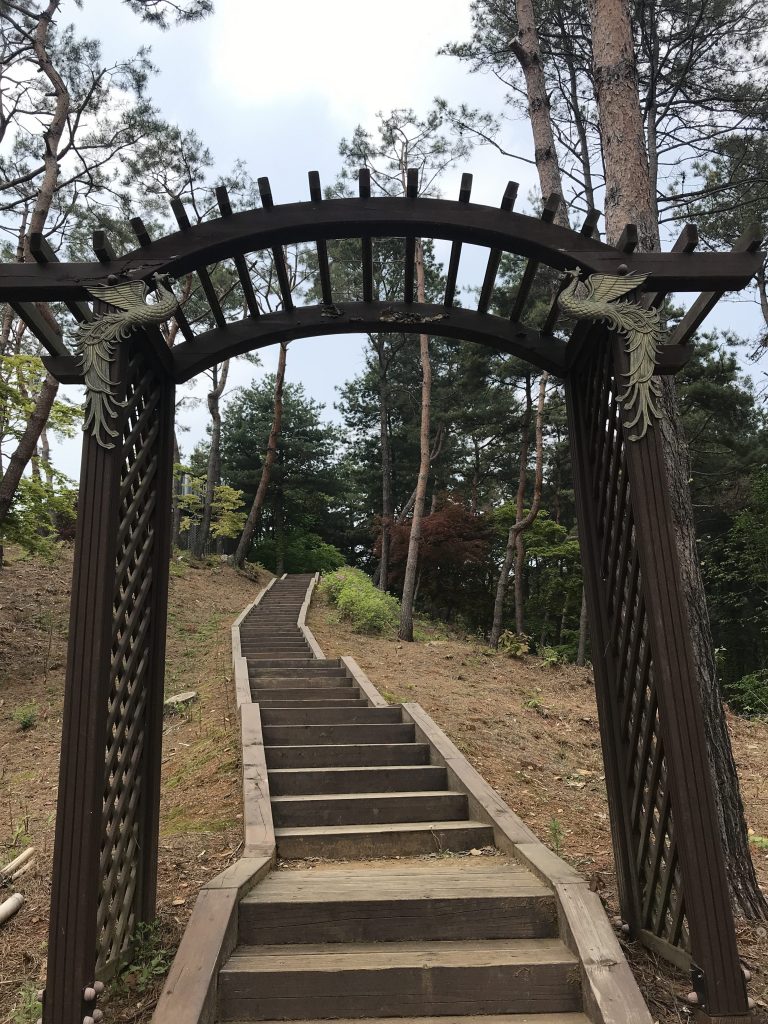 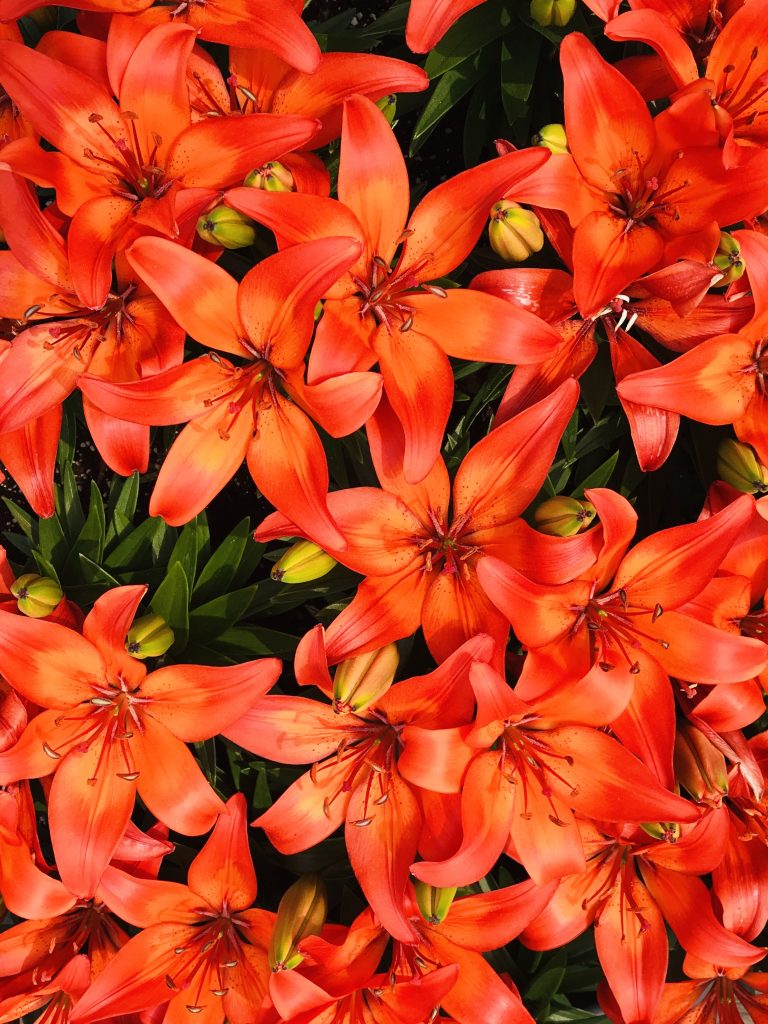 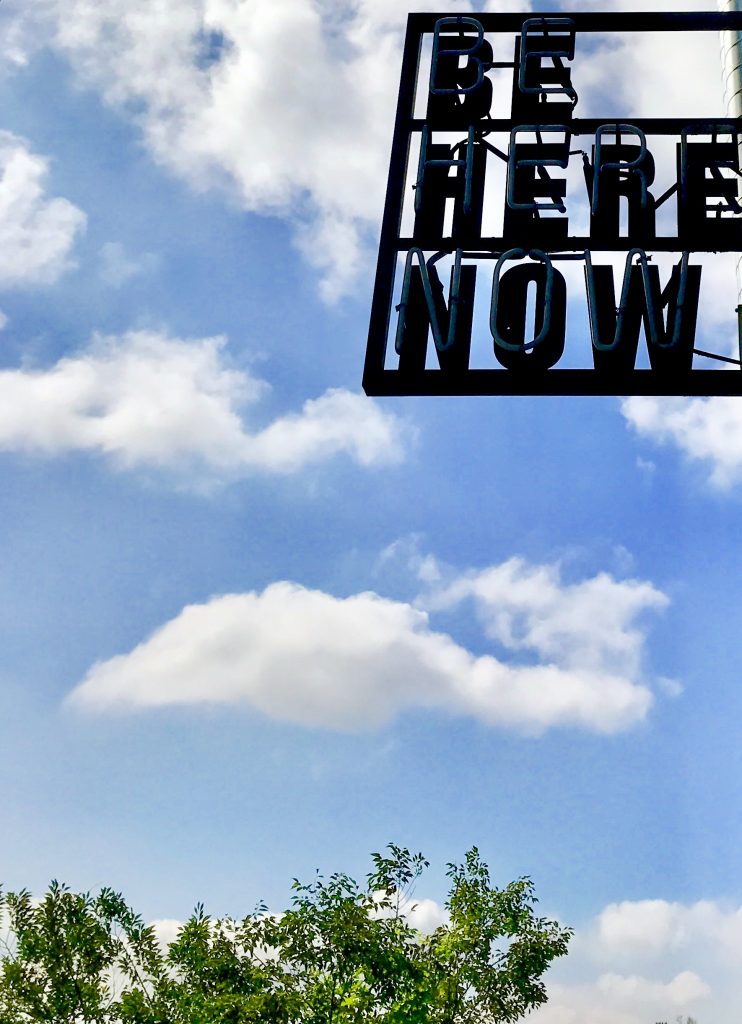 Late last August, we left the Land of the Midnight Sun to put down temporary roots in the Land of the Morning Calm.  Going from Alaska to South Korea was a crash course in contrast and extremes, and marked our 21st move as an Air Force family.

Shortly after we arrived, I took a walking tour in the town of Itaewon, located just outside the gates of US Army Garrison Yongsan in the center of Seoul.  This international shopping district, with its winding streets and narrow alleys, is dotted with shops, vendors peddling their wares, and eateries featuring diverse cuisine from around the world.

It was a beautiful day to become acquainted with Korean culture and explore my new corner of the world.  But my thoughts were divided, and my emotions as jumbled and chaotic as the unfamiliar lettering on the awnings above the storefronts.

I was struggling with lingering jet lag, and the firehose of newness, unfamiliarity and adjustment that often accompany a permanent change of station— especially in a foreign country.  I was also battling separation anxiety from our recent departure from the 49th state.

We had grown to love Alaska.  She puts a spell on you and it doesn’t take long before you’re smitten.   If you’ve been there, you know what I mean.  It’s some of the most beautiful land in all of creation— with clear, crisp air, jaw-dropping mountain ranges, dancing winter skies, ice-blue glaciers, and ubiquitous wildlife.  For 23 months, we piled up adventure upon adventure in the glorious Last Frontier, savoring every opportunity.

She charmed us with her majesty, wooed us with her natural beauty, captivated A Certain Flyboy of mine, and eventually, captured even this Southern girl’s heart.

So, as thrilled as we were for the upcoming adventure awaiting us in Korea, the departure from Alaska was emotional and painful.  The people and the place had become precious to us, and we reluctantly said farewell.

I’ve learned that it’s possible to simultaneously mourn what is lost and rejoice for what’s ahead.  Both emotions can occupy the same space in your conflicted heart.  The ebbs and flows of this life can be jarring.  The constant stream of hellos and goodbyes make your heart both tender and tough.  Sometimes, moving is like having to break up with someone you still love.

You know it’s for the best.

You know it’s time to go.

But your heart really wants to stay.

But stay is not what we do in this military life.

and if we do it right, we’re better off in the end.

Sometimes, even a veteran military spouse, of more than three decades, needs a reminder of that principle.  On that warm September day, while wandering the streets of Itaewon, I got one.

As I was taking in the myriad sights and sounds, I glanced to my right and a sign above a restaurant caught my attention.  The three words on the placard called out to me from the brilliant blue sky overhead, offering a gentle nudge of admonition:

It was a simple sign beckoning customers into the eatery, but it spoke profound truth to the emotions spinning around in my head and tearing at my heart.

Be present. Be engaged. Be open. Be grateful. Be happy.

One of the keys to finding joy in this nomadic journey we call military life, is contentment.  Intentional contentment —borne from gratitude and attitude— and we have control over both.

At each duty assignment, we have the capacity to be happy, to make someone else happy, to make an impact, to make a difference.  We get to choose how we’re going to play it.  We get to decide if we’re all in, or if we opt out.  I would encourage the former.  Merely marking time waiting for tomorrow robs you of the possibilities of today.  Life is too precious and too fleeting for that.

I needed an attitude check and I got one in that trio of words.  Oh yes, my heart still catches when I see photos of Alaska, but it’s with gratitude for the gift and blessing of what was ours for a season.

We’re six months into our amazing Korean adventure.  We have the privilege of being stationed here at a pivotal time in the history of this country.  Peace seems like a possibility for the first time since the 1953 Armistice between North and South Korea.  And that is an amazing prospect for all freedom-loving people.

I’m exploring the land, and embracing the culture, the warmth of the people, and the opportunity to see and experience things about which others can only dream.  This place has much to offer, much to teach, and much to cherish.  My heart is open to it all.