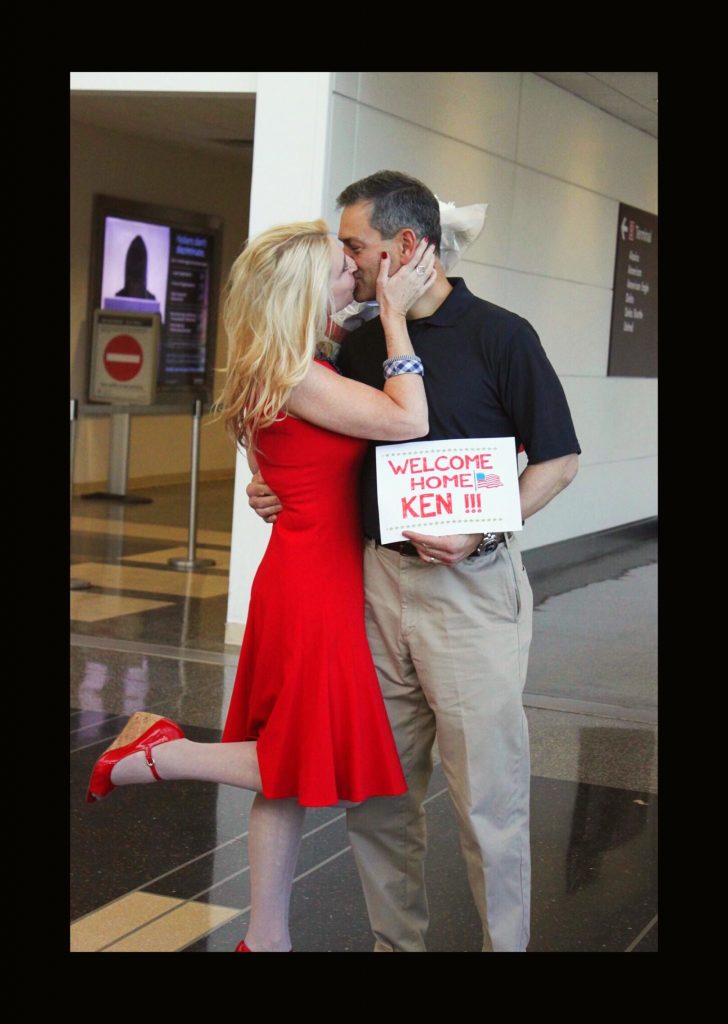 I’ve been a fan of the TV show, “Survivor” since its debut 19 years ago.  Each season, I get drawn into the exotic destinations, the adventure, the struggle, the relationships, the competition, and the amusing —and often diabolical— display of human nature and game-play.  It’s a guilty pleasure, for sure.

One of the recurring features of each season is the “family visit” episode.  For the uninitiated, this takes place about a month into the 39-day, outwit-outplay-outlast competition; it’s a reward for the remaining tribe of castaways who have managed to keep their torches lit and stay in the game.  By this point, they’re tired, battle-weary, emotionally depleted, and more than ready for some TLC.  Year after year, as I watch this mainstay episode, the tears flow as siblings, spouses, best friends, parents, and children of the players emerge and, one-by-one, are reunited with their loved ones.  Hugs, kisses, tears, smiles, words of affirmation and exhortation abound.  And I join in the celebration— rejoicing with their joy — as if I know them.
This season’s “family visit” episode was last week.  I watched it a few days ago with A Certain Flyboy, who is also a seasoned fan of the show.  He’s seen my act before, so was not surprised to see the waterworks from his sentimental bride.  He said to me again, what he has said before:  “They’ve been apart 30 days, Cindy.  You’ve endured 30 days —and more— countless times over the years – without a million dollar payday.  Most people will never understand that kind of sacrifice.”
Preach, my man.
But, I cry with them because I understand.  After 30-plus years in this nomadic Air Force life,  I know what it’s like to miss, and to be missed, and what it’s like to experience the bliss of a sweet reunion.
The picture above popped up in my feed this week.  It was taken a few years ago as I welcomed my man home from Afghanistan.  He had spent the better part of three months deployed in preparation for this assignment, and then was gone nearly 13 months.  We saw each other nine days in that time span.
Nine days.
So this sweet reunion was much-anticipated, long-overdue, and filled with hugs, kisses, smiles, tears, words of affirmation, and joy.  We had survived.
This Friday our nation will recognize Military Spouse Day.
Deservedly so.
Almost daily, I’m reminded of the toll that separations have on families, and the tremendous strength required for military spouses to endure weeks, months, and years apart from their loved ones.  There is no million dollar payday for this kind of survival  and, too often, not nearly enough gratitude.
But this life of service, with its hardships and demands, produces unsung heroes of uncommon grit, grace, love, devotion, determination, resilience, and pride.
To those military spouses who are in the midst of a deployment — I know you may feel like you’re stranded on an island.  You may feel like a lonely castaway.  You may be tired, battle-weary, and emotionally-depleted.  But know this:
You are appreciated.
You are loved.
You are strong.
You are prayed for.
You will survive.
And when you post your reunion pictures, I will cry with you, and rejoice with you, and celebrate with you as if I know you.
You’re on my tribe, after all.