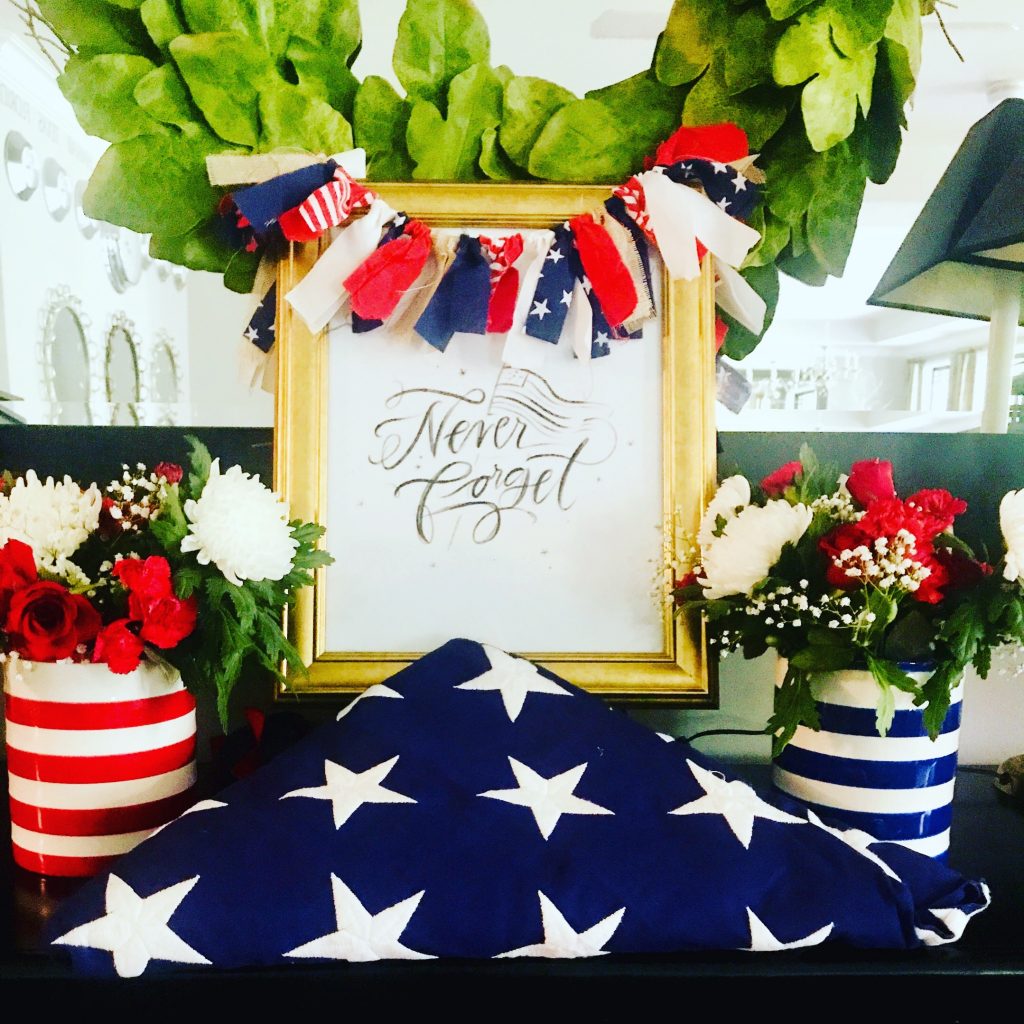 A few years ago, I stood outside the security gate at Reagan National Airport for a very special reunion. I was there to welcome home A Certain Flyboy who had spent more than a year deployed to Afghanistan. I anxiously awaited Delta flight 1938 all gussied up in my fire-engine red dress and waving a miniature flag.  Some dear friends made their way into the concourse and joined me in eager anticipation. This merry band of well-wishers was decked out in happy smiles, holding handmade signs and a large banner. When that man-of-mine appeared with outstretched arms, there was cheering, applause, kisses, and tears. In a word: joy. My airman was a little thinner, a bit grayer; and more than a little exhausted. But he was home – safe and sound.
During the past few years, I’ve been a passenger on two aircraft  transporting the precious cargo of  fallen service members. On both occasions, the pilot asked us remain seated while the military escorts departed the plane to meet the grieving families.  Each time, I was overcome with the realization our aircraft carried someone’s son, daughter, husband, or wife who made the ultimate sacrifice in service to this country…and tears flowed as I silently grieved for their loved ones knowing they were about to endure the worst of all possible homecomings.  For them, there would be no banners and happy laughter. No applause; no flags waving in celebration; no hugs; no kisses; and no one running into their outstretched arms for a strong embrace.
These airport reunions would bring no joy —only sorrow and unimaginable pain.
Some. Gave. All.
The memory of those flights came to me in gripping detail on that day as I awaited my happy reunion, and I think of them today and each year at this time.
For many families, Memorial Day  is anything but a happy celebration.  Reminders of their loss must come in painful waves against the backdrop of BBQ’s, picnics, and parades.
These aren’t pretty things to think about.  Death is ugly and gut-wrenching, but, sadly, it’s the high cost of war and the price of liberty.  And  amazingly —astonishingly— decade after decade, it’s the price so many have been willing to pay: for you, for me, for freedom.
On Monday, may we honor–with humility and gratitude– the memory of our fallen patriots and heroes, and the families who have lost so much. I pray we never forget the somber meaning of this holiday.
So great a sacrifice deserves so much more, but nothing less.